My Main Blog Has Moved

Common Newbie Writer Mistakes And How To Avoid Them

Common Newbie Writer Mistakes
And How to Avoid Them

1. Starting with a prologue.

General rule of thumb, ask yourself if the story makes sense without the prologue. If it does, get rid of it and work the information into later chapters. When your book contains a prologue, in essence, you’re starting the story twice. It’s difficult enough to hook the reader once, so don’t risk having to do it a second time.

2. Opening with a dream scene.

This is the equivalent to playing a trick on your audiences. “Ha, ha! I made you think this exciting scene was really happening, but it was only a dream. Fooled ya!” Readers will not be amused.

It’s the dialogue word of choice, so apply liberally. Professional fiction writers refer to it as an invisible word. The mind overlooks it, which keeps the attention on the events of the story, not the prose. That’s a good thing. Dialogue tags such as he replied, she grumbled, he sighed, she retorted and he quipped are fine, but use them judiciously. On the other hand, fully embrace he said and she said.

4. Chapter One begins with the main character waking up.

Beginning your novel with a wake up scene isn't wrong, but it's certainly not original. “Are you crazy?” Some of you might protest. “The character waking up to a new day, to new possibilities, is the most natural place in the world to begin.” I won’t argue the point and neither will a million other writers who have started their stories exactly the same way. Having the main character wake up and throw the alarm clock is also cliché. So is waking up and shuffling to the mirror to give a character’s physical description to your readers (see #5 below).

Search your imagination. Bring out the conflict ASAP. Start with a bang, not the groan of someone getting out of bed.

5. Having the main character look in the mirror or some other reflective surface in order to give physical description.

I have seen new writers galore, including myself back in the day, start their novel something like this:

The main character wakes up, stretches, shuffles bleary-eyed over to the basin to splash water on his or her face. The character happens to catch his or her reflection in the mirror. If it's a woman, she contemplates her emerald eyes, ivory skin and silky raven locks. If it's a guy, he combs his fingers through his disheveled hair, studies his chiseled jaw and admires his six-pack abs. Does this sound familiar?

6. Waiting too long to introduce the conflict.

Paragraph one of the first chapter should deliver the conflict or at least hint at it. What obstacle will the main character face? Who or what is standing in the way of happiness? Conflict drives the story. Readers want to have an idea where the story is going before they invest a lot of time on it. It will be difficult to convince your readers to keep turning the pages if you fail to entice them with a juicy problem on page one.

Have you imposed a ‘bad guy’ dress code throughout your novel? Look around. Are your villains dressed in black, specifically black leather? Do they wear their sunglasses at night, have pock marked skin, scars, rotten teeth, bad hygiene or breath that reeks of garlic and onions? If so, relax the dress code a bit. Introduce some color to their wardrobes. Bathe them in Irish Spring and buy them a tin of Altoids.

For example, a killer in one of my stories was taught to knit by his dearly departed granny. The last thing his victims see as they’re being impaled with knitting needles are his bright homemade sweaters. In way, doesn’t that cheerful sweater up the creepy factor?

Don’t get me wrong, there are times when black makes sense. It’s the choice of Ninjas and burglars alike, but don’t get caught in a rut. Stretch your imagination where you can to add extra personality to your villains.

The first step is to admit that you have an adverb problem. If you’re unsure, look around. Do you see words ending in –ly lurking on every page? Study your speech tags. Do they look anything like this:

“You’re beautiful,” he said sarcastically.
“I bet you say that to all of the girls,” she retorted dryly.

If you answered yes to any of the questions, you are probably an adverb addict. There are numerous online articles about why adverbs ought to be avoided in fiction. I encourage you to search them out on your own. I also recommend Stephen King’s book, On Writing. If he can’t convince you to give up your adverb habit, I might as well forget it.

The first stop is acknowledging you have an adverb problem, but if you can’t give them up cold turkey, start by limiting them to two or three per chapter.

I can hear the protests now. Are you crazy? It’s Joe’s ordinariness that makes him so gosh darn relatable. I agree to a certain point, but on some level a character must be larger-than-life. Part of the draw of fiction is that it pulls readers into someone else’s life. Readers don’t want to read about drab humdrum lives. They are seeking new experiences through the written word. The more dramatic, the better. Who wants to hang out with a meek little lamb who never makes a splash in the world? It’s human nature to want to hang out with inspiring friends or to gawk at the car wreck. Give your readers unforgettable characters in memorable situations .

If I’m going to hang out with Plain Jane for three hundred pages, she doesn’t have to be pretty or intelligent (though it’s recommended), but she needs to have something not-so-average about her.

Maybe Jane is incredibly driven to win the class spelling bee. Maybe she’s determined to avenge her father’s death. Perhaps she has caught the interest of a serial killer. Then again, maybe she is holding a grudge against her sister, they haven’t spoken for twenty years, and they’re shipwrecked on an island together. Will they forgive each other and work to get off the island? Or will they kill each other before they can be rescued?

Part of the draw of fiction is that it let’s us escape our own reality for a little while. That’s why a character and her problems ought to be extraordinary. Speaking for myself, that’s why I’m drawn to fiction in the first place. It pushes my imagination beyond the average, beyond the ordinary, to something larger-than-life.

This is the moment-by-moment conflict that keeps a reader in a continuous state of suspense. Micro-tension is separate from the main conflict, it is not the same as plot. This kind of tension comes from the inside of the your characters, their emotions in conflict, ideas at war with one another, their inner turmoil. Bring it out in your character’s thoughts, his dialogue, and his reaction to the world around him.

Four eyes are better than two. Two brains are better than one. I suggest growing a thick skin and seeking honest feedback from a critique buddy. And don’t be snobby about it. Finding an experienced writer to exchange chapters with is like finding gold and a beginner is silver. Both are valuable commodities. If you don’t know any writers who might want to exchange critique with you, a good place to find one is an online site called Critique Circle. I found a great critique buddy on Goodreads by combing through the various writing groups. Hatrack is another possible avenue.

First, learn the rules and expectations of good fiction, then occasionally break them. For example, the The Hunger Games begins with a wake up scene. However, Suzanne Collins is no newbie writer, making  newbie mistakes. Her wake up scene is masterfully done. Originally, I planned to discuss why it works so well, but I think it deserves it's very own post. Stay tuned.

If you’ve made any of this newbie mistakes, don't get discouraged. You’re not alone. I’ve made most of them myself. Consider it a right of passage. You’re on your way. Happy Writing. 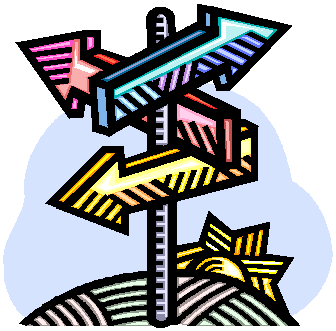 Jumpy is smarter than a 5th Grader!

My sister sent me this YouTube video. I wrote a piece of flash fiction to go along with it.

A Day In The Life of Mr. Jumpy
Subtitle: If I Had I Dog Like Jumpy, I'd Teach Him to Clean My House

Posted by Ms Verhoff at 7:31 PM No comments:

Experts Weigh in on the Definition of Fantasy and Science Fiction

This is a must see for fantasy and science fiction writers. A panel of Hollywood scriptwriters weigh in on the craft of writing, film making and navigating show business. They drop knowledge bomb after knowledge bomb. I'm spellbound.